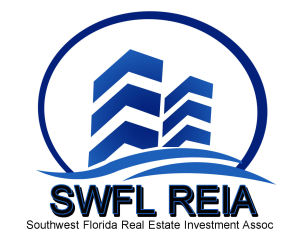 Alert: Denying Housing Over Criminal Record May Be Discrimination

Home/Alert: Denying Housing Over Criminal Record May Be Discrimination
Previous Next

Alert: Denying Housing Over Criminal Record May Be Discrimination

As always, please seek competent council to ensure compliance with this issue of Denying Housing Over Criminal Record May Be Discrimination.

U.S. DEPARTMENT OF HOUSING AND URBAN DEVELOPMENT WASHINGTON, DC 20410-0500 www.hud.gov espanol.hud.gov April 4, 2016 Office of General Counsel Guidance on Application of Fair Housing Act Standards to the Use of Criminal Records by Providers of Housing and Real Estate-Related Transactions

I. Introduction The Fair Housing Act (or Act) prohibits discrimination in the sale, rental, or financing of dwellings and in other housing-related activities on the basis of race, color, religion, sex, disability, familial status or national origin.1 HUD’s Office of General Counsel issues this guidance concerning how the Fair Housing Act applies to the use of criminal history by providers or operators of housing and real-estate related transactions. Specifically, this guidance addresses how the discriminatory effects and disparate treatment methods of proof apply in Fair Housing Act cases in which a housing provider justifies an adverse housing action – such as a refusal to rent or renew a lease – based on an individual’s criminal history. II. Background As many as 100 million U.S. adults – or nearly one-third of the population – have a criminal record of some sort.

2 The United States prison population of 2.2 million adults is by far the largest in the world.

3 As of 2012, the United States accounted for only about five percent of the world’s population, yet almost one quarter of the world’s prisoners were held in American prisons.

4 Since 2004, an average of over 650,000 individuals have been released annually from federal and state prisons,

5 and over 95 percent of current inmates will be released at some point.

6 When individuals are released from prisons and jails, their ability to access safe, secure and affordable housing is critical to their successful reentry to society.7 Yet many formerly incarcerated individuals, as well as individuals who were convicted but not incarcerated, encounter significant barriers to securing housing, including public and other federally-subsidized housing

Hat tip to for emailing an alert to:

As with anything. Please seek competent council to ensure compliance with this issue.